What a fun day at the Treasure Island Flea Market, certainly worth the $5 toll for the Bay Bridge from Alameda! I haven’t been to this market in several months, maybe February I think. It’s held the last Saturday and Sunday of the month, and last time I attended my favorite find was a vintage green Girl Scout sash with several beautiful badges. The prettiest, I thought, had three dimensional white flowers. Wonder which badge that was, and who the sash belonged to? It was a great addition to my GS memorabilia for the 100th celebration March 12. Anyway… back to today…

I was enticed back to Treasure Island this time by an email earlier in the week from the market promoters. Several DIY classes were being offered by vendors at the market. The one that caught my eye was to learn how to make the tissue paper pom-poms made popular by Martha Stewart Weddings. Martha’s pom kits retail for $20+ at craft stores like Michael’s, so the $5 price on this class was just right.

I signed up online, and thought it might require me to pay in advance, but instead just held my place. The instructor emailed me yesterday to confirm my reservation, and kindly included a free admission pass to the market (it typically costs $3-$5 to get in Treasure Island Flea.) Score! The class fee was what I expected to pay just to get in!

Turns out, it’s super simple to make your own poms. The class was 30 minutes, and I learned to fold, cut and poof my tissue flowers just so. I chose orange, bright yellow and pastel yellow tissue, and the shape of the pom is influenced by either a rounded or pointy tip to the stack of tissue. I love both shapes, and am tickled to hang these over a co-worker’s desk Monday to celebrate her birthday. I will be making more of these! By the way, I loved how the instructor referred to the tissue paper we worked with as “tish” — too cute.

I also got some steals at TI Flea– a $5 London Olympics decoupage necklace and a $1 Union Jack button (I have Olympic fever!), a $25 yellow metal 3-tier plant stand, and a $35 black wire fruit basket stand. Trust me, I tried to haggle on the two metal pieces, as they were from the same vendor. But the seller was firm. Nevertheless, I thought the prices were fair, certainly less that at the Alameda Vintage Flea. I will post pictures soon!

I was tempted by the food trucks, but the lines were long at noon and Curry Up Now, Kara’s Cupcakes, the red bun truck, etc. just weren’t exactly what I wanted. I found the lunch to cure my hankerings at the College of Alameda’s flea market, my last stop before heading home. I had never been to this site, a new spot for a flea market every Saturday. I only had $14 left, so I had to shop wisely.

I found a neat little wooden crate with a label from the Southern Crayon Company, located in Nashville TN. It once held a gross of blue crayons, and still sports the blue marks inside. I want to research this company, as I’ve never heard of it! The price was marked $5 but I asked if they’d take $3, especially since it was going home with a true Nashvillian. The seller was happy to oblige.

With only a ten-spot left in my wallet, I spied a familiar glass dispenser full of something to whet the whistle. I spent $2 on the BEST lemonade and $7 on a burger on a pretzel from a german catering company. I’ve had their lemonade before, at the Alameda Vintage Flea Market, and it comes with mint and lemon wedges on ice. I had never tried their food, but was so impressed today. The pretzel bun was delish, and my sandwich came with a scoop of potato salad and sauerkraut. Well worth the money, and the kind ladies gave me a complimentary refill on lemonade. I will be sure to see them again next time I’m at the markets and tip well.

I’m thrilled with my new purchases and my new crafty skill. Just a couple bucks left in my wallet, but a day well spent! 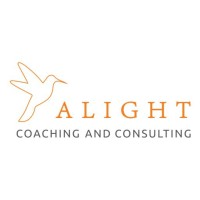 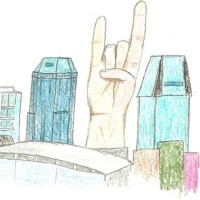 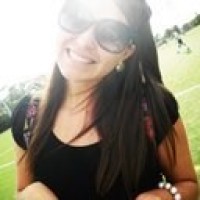 Working at the intersection of justice and joy.

Styling My Everyday
The Rhinestone

The chronicles of the crazy, nonsensical and beautiful things in life

Hilarious and horrifying tales of my search for Mr. Right